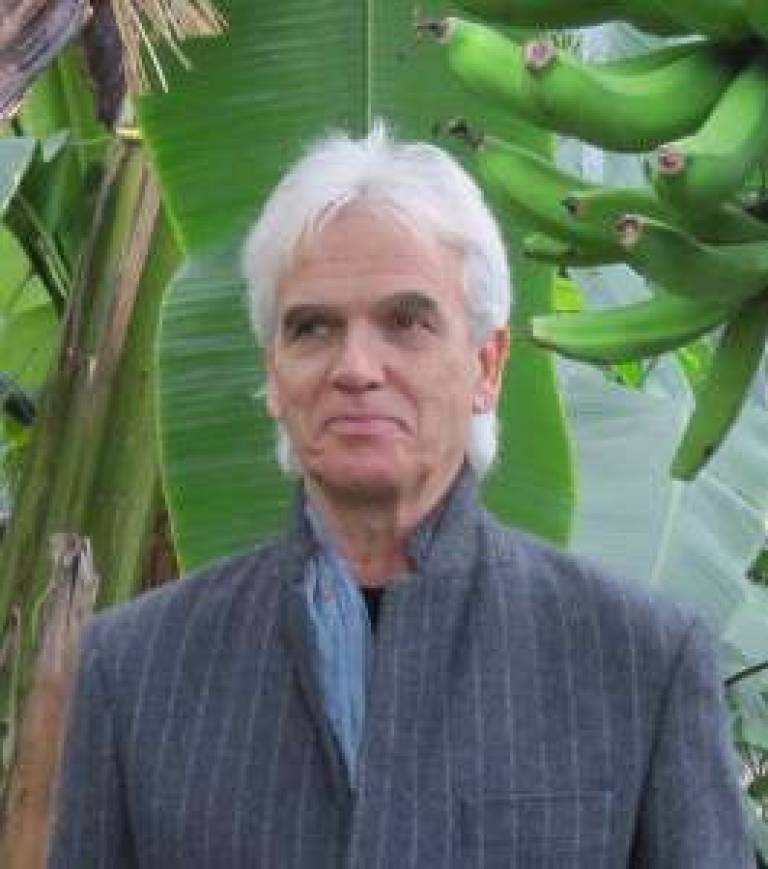 Life is Art. Nature, the mind, dreams and visions, the entire spectrum of Life, can be represented through the movement of the brush on the canvas… an exquisite play of form and formlessness. I desire to express a moment of this wondrous creation in my work.

Roger was born in Port of Spain, Trinidad. He has lived in many countries including France, Africa, and England, where he attended Wimbledon College of Art for Graphic Design. While in London, he worked as picture framer – including carving and gold-leafing custom frames. The city of Bordeaux, France, was a very inspiring place for him where he learned the métier of art restoration. He speaks fluent French.

Roger has been inspired and surrounded by creative people throughout his life who have in some degree influenced the variety of his subject matter.

I paint the poem and the song of Thy Glory...